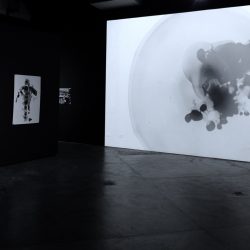 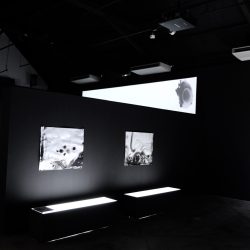 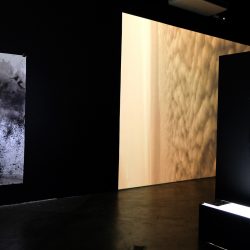 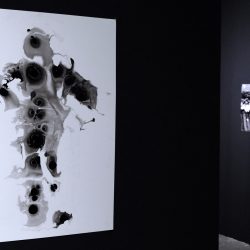 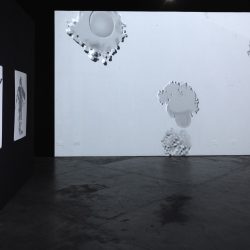 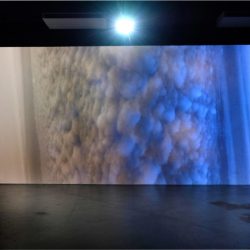 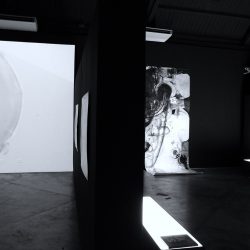 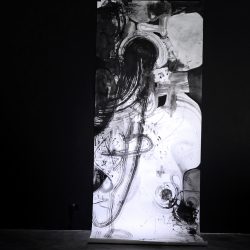 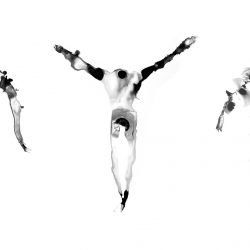 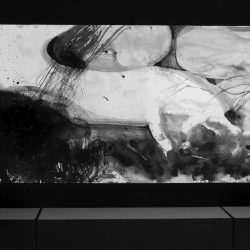 The term stoicheion (στοιχεῖον/stoicheîon; the etymological derivation of the term is from the Latin elementum / first documented in the sense of “constituent component” or “basis” in Plato) was in antiquity fundamentally linked to the classical theory of the four elements. In European cultural history, the term “elements” denotes the four basic substances: earth, water, air and fire. The philosophical concept of stoicheion denotes the basic components or the foundations of Being.

Songulashvili’s main focus on air, water and earth is combined with Earth’s sister terrestrial planet, Venus, which rotates in the opposite direction to most other planets, where the Sun rises in the west and sets in the east. In Chinese the planet is called Jīn-xīng (⾦星), the golden planet of the metal element. Venus is known as Kejora in Indonesian and Malay. In India Shukra Graha (“the planet Shukra”) which is named after a powerful saint Shukra, which is used in Indian Vedic astrology means “clear, pure” or “brightness, clearness” in Sanskrit. It is also associated with semen, or generation.

By analogy of letters with words, the concept represents an attempt to understand the bewilderingly great multiplicity of the natural world as combinations of a limited number of elements.