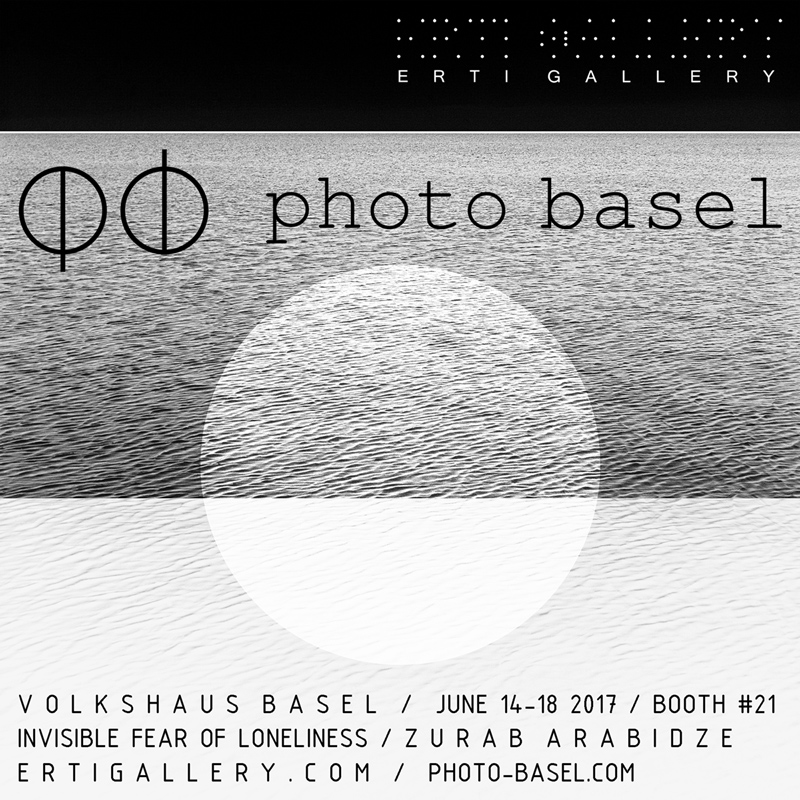 ERTI Gallery will participate at Photo Basel with a solo presentation of Zurab Arabidze’s project, Invisible Fear of Loneliness.

In this project, artist compares human aspiration to find their other half, with chaotic photon movements. Photon is a quantum of light with no weight or mass that exists on the sea surface, approaching infinity, where it tends to find its other half. No matter how is the distance between two photons, they still keep their interconnection. Correlation between photons in a quantum entanglement situation exemplifies ideal relations between men and women…

Zurab Arabidze 37, was born in Tbilisi, nowadays lives and works in Moscow. His artistic approach is based on the principles of minimalism. His works are dominated by sharp geometric figures and neutral colours, devoid of signs and metaphors.

For more information about fair and tickets please go through this link: http://www.photo-basel.com/fair-information