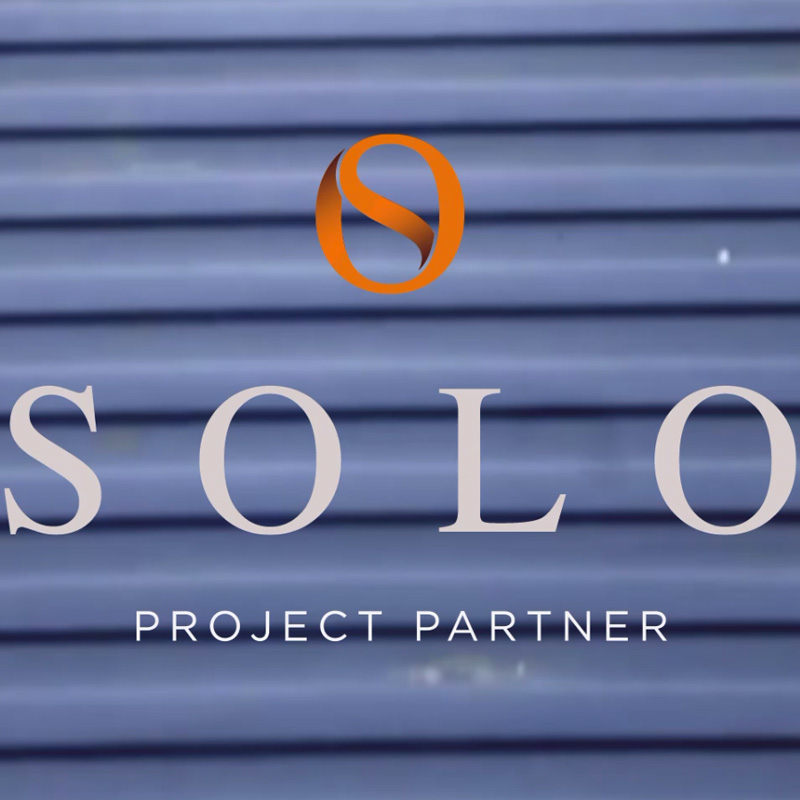 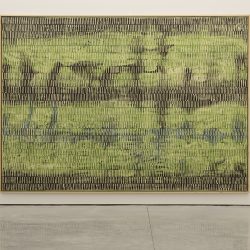 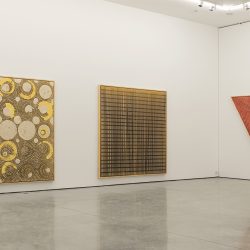 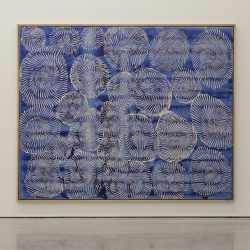 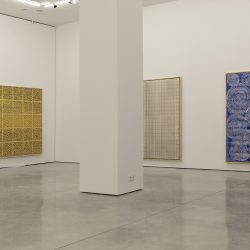 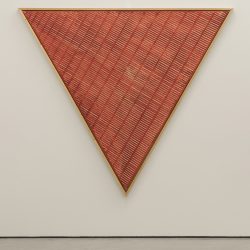 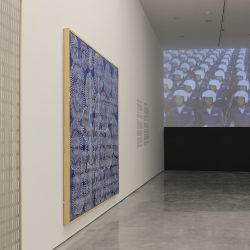 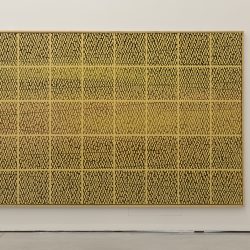 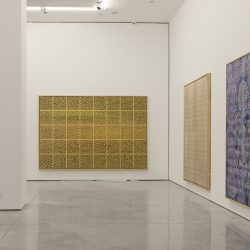 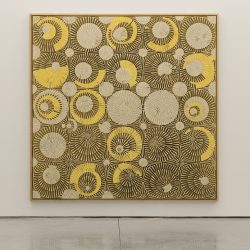 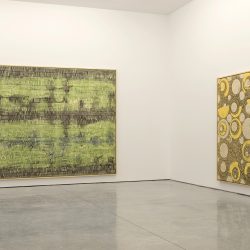 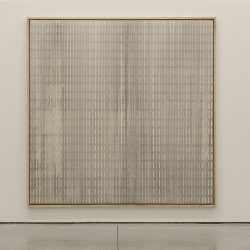 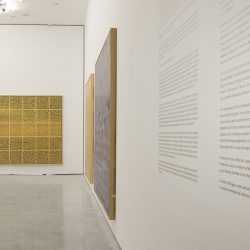 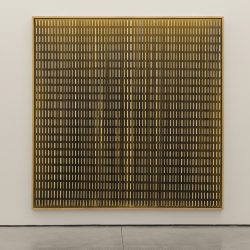 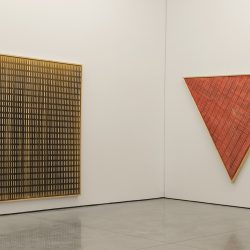 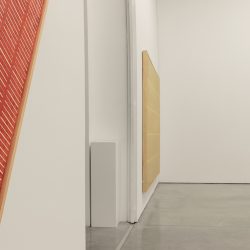 The Geogian-born artist Luca Lasareishvili (*1957), who goes by the international artist name Luca Lazar, presents in his first solo-exibition Moving Stills and Beyond: Ethereal Transformations at ERTI Gallery six of his brilliant new abstract paintings and a large scale videowork.

Luca Lazar, who lives and works in New York, explains his art as, “distinctively sensuous and complex in their simplicity”. Because he is concerned with structures, systems, rhythm, information, perception, and thus also about social utopias and reforms. His refined use of texture grants form, color and image design far-reaching autonomy of the figurative. The current exhibited works are part of Lazar’s continuous production of his minimalist abstract series Moving Stills, consisting of works that depict movement in time. Using a vocabulary of minimalist forms, the individual works in this series give the suggestion of energetic movement within a motionless, frozen setting. The works reflecting the experienceofabstractionof oursurroundingenvironment,andthenecessityforLazar”toportray how we experience the elements of nature and structure”.

This exhibition is of the utmost importance to him and Georgia, both connected in history, after decades of an artistic career abroad.

Abstraction Matters — Past and Present

Lazar was part of a minority in Georgian artists’ generation in 1970-80s. They searched for their own ways beyond the soviet art requirements. Thus, the interest in abstract and conceptual art sparked. Though, the process was illegal. At that time creating “non-soviet” art more looked like a political activity and defined political position. Lazar continuing to pursue abstract art, although he had great difficulties in the beginning. He decided to move to Moscow instead, where he briefly joined the underground avant-garde art movement, which had sprung up during the early years of Glasnost and Perestroika.

The abstract paintings who are on show, seem to return to their source. All display a motion in space and seeming fluidity. Yet each particle in these works exists in its own defined boundaries, exact size and precise direction, thereby creating an absorbent vibration that has simultaneously converging as well as diverging features. The entirety of movement and course of all elements in ostensible chaos, yet concrete formative structure when looked upon from a distance, provide the works a transcendent, reflective quality.

The video Moving Stills and Beyond: Ethereal Transformations (9:42 min, 2018, Ed. of 3) that is part of the show clearly highlights the artistic exploration. It portrays an extensive series of natural and human- made constructive as well as destructive manifestations in never-ending visual patterns, orders and sequences, that ultimately lead to and culminate in an all-encompassing destruction and chaos, as depicted by an nuclear bomb explosion, only to make one realize that this in itself again is the beginning for an endless continual flow of natural and human arrangements. In a way the video could be considered a basic introduction to understanding the paintings that make up the larger part of the exhibition.

Following his time in Moscow, Lazar was invited to spend a year as an artist-in-residence in Paris, France, followed by a similar invitation by the Museum Fridericianum in Kassel, Germany. This led to his eventual 15 year stay in Germany, followed by his departure for the United States. He has been living in New York City since 2003.