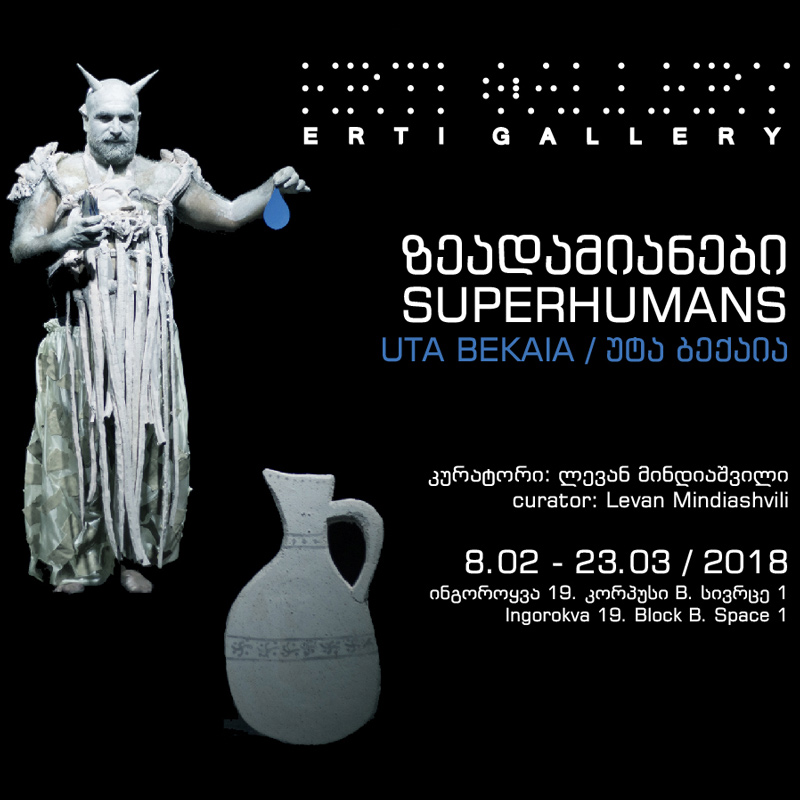 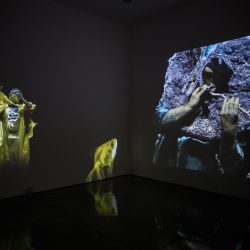 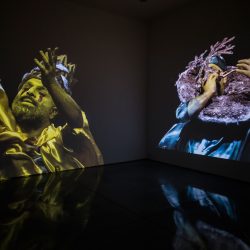 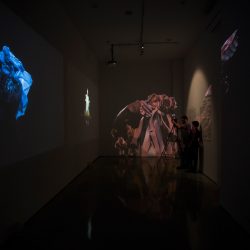 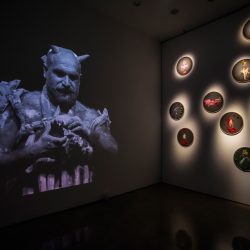 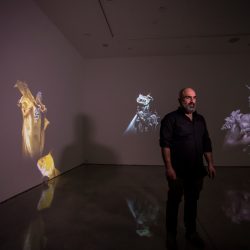 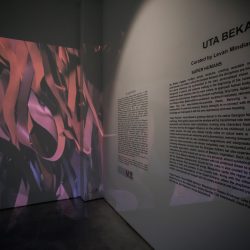 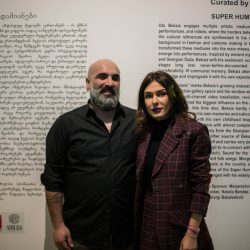 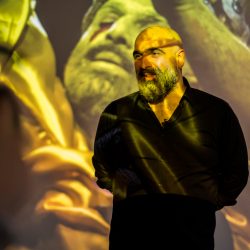 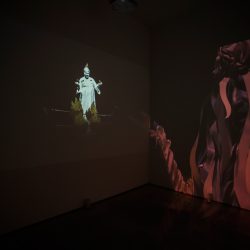 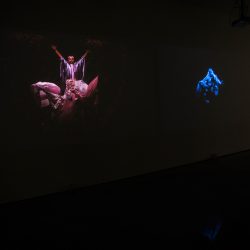 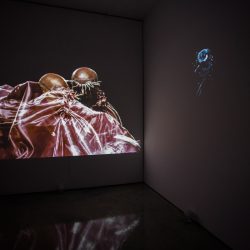 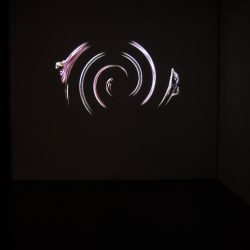 ERTI Gallery is delighted to announce a solo exhibition of new works by Uta Bekaia, Super Humans, marking the gallery’s first collaboration with the artist.

Uta Bekaia engages multiple artistic mediums, creating wearable sculptures, performances, and videos, where the borders between the disciplines are blurred, and the cultural references are synthesized in his own, personalized vision. With the background in fashion and costume making in the beginning of his career, Bekaia transformed these mediums into the main means, to approach human body and fully emerge into performances. Inspired by ancient mythology, fairy tales, Italian Baroque, and Georgian Dada, Bekaia with his exuberant, sculptural costumes, reinvents and re-stages long lost never-before-documented rituals. Believing in genetical transferability of communal memory, Bekaia attempts to re-connect with the ancient knowledge and impregnate it with his own experiences and new meaning.

“Super Humans” marks Bekaia’s growing interest in his native Georgian folklore and mythology. Entire gallery space and the window will be transformed into immersive, experiential multi-channel video installation, reviving nine characters from different fairy tales, that had the biggest influence on the artist in his childhood. Loyal to his creative process, this time also, Bekaia hardly relies on actual texts or research; instead, he dives into his own memories and subconscious, reviving remnants of those memories, enriched with his own childhood imaginations and interpretations. As a result, the viewer encounters with almost completely new, re-interpreted characters, containing references not only from the Georgian folklore but also experiences from the western pop-culture, another source of Bekaia’s inspiration. Each character is interpreted by the artist himself and carries very personal, almost symbolical meaning for him. This is Bekaia’s attempt to re-connect with his childhood dream to encounter with the Superman (Übermensch). Sound for the video is also created by the artist, reviving memories from ancient folk songs, Mengrelian spells (the region of Georgia where he’s from) and childhood summers in the country side.

Along with the videos Bekaia created nine hand embroideries of the Super Humans, where the playfulness of the children coloring books are merged with his widely explored and beloved craft.

The characters are the following:

Ochopintre – soul of the forest, half human -half animal, always accompanied by two golden deer, he played on the flute and to his music, the trees and flowers would blossom;

Gulambara and Sulambara – a blind King, that in order to get back the sight, had to apply the blood of the golden Fish on his eyes.

Devi – hairy giants, that would generally occupy the springs or another source of the water and would always ask something or someone in return.

Natsarquekia – a lazy person, who would spend days in staring at the center-fire and playing with the ashes.

Tsiqara – an orphan boy, with his loyal friend bull, who would carry him through the difficulties.

Faskunji – large creature with the wings, who would carry humans on long distances over their wings, but the character should feed it constantly, even to give them their own leg.

Gatsi and Game – double God, that would become one whole time to time.

Armazi – Pagan God of the war.

Dali – Goddess of the forest, with long golden hair.